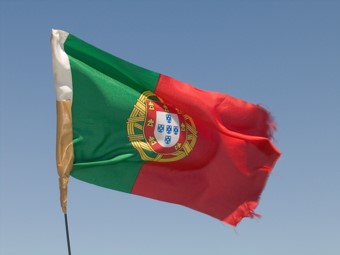 By Vlad Cuc, specialist in company formation matters
A Hong Kong – Portugal double taxation agreement is in force and it allows for the avoidance of double taxation on the income produced by companies and individuals who activate in both jurisdictions. This comprehensive agreement for the avoidance of double taxation also serves as a document that helps prevent fiscal evasion.
Foreign investors to and from Hong Kong and Portugal can base their tax planning according to the provisions of this treaty that bring important reductions to the taxes applicable to income and cross-border activities. Our Hong Kong company formation agents can give you more details about how you can take advantage of this treaty.

The taxes covered by the tax treaty

The taxes for which the double tax agreement (DTA) applies in the case of Hong Kong are the profits tax, the salaries tax, and the property tax. The taxes included in the agreement in the case of Portugal are the personal income tax, the corporate income tax and the surtaxes on corporate income tax.
Under the DTA, the withholding tax rate on dividends is reduced to 5% if the company benefiting from the dividends directly owns at least 10% of the company making the payment. The recipient of the dividends cannot be a partnership in order for this reduction to apply. The withholding tax rate on royalties is also reduced under the treaty, at the same value of 5%. Hong Kong does not impose withholding tax rate, however, the treaty reduces those imposed by the Portuguese Government.

Hong Kong is known as a low-tax jurisdiction and this is an important characteristic that brings foreign investors from around the world to this Asian city.
Companies are subject to the corporate income tax on their worldwide profits if they are incorporated in Hong Kong and only on their Hong Kong source income if they are based elsewhere. Individuals are also taxed on their profits derived from economic and/or employment activities in the city.
For the purpose of the double tax agreement with Portugal, a permanent establishment in Hong Kong is one that has been incorporated in the city or one that is incorporated in another jurisdiction but it is managed from Hong Kong. An individual is a resident for tax purposes if he spends more than 180 days during one financial year in Hong Kong.
You can contact our company registration agents in Hong Kong for more information about taxation if a double tax treaty applies.
Request Price
Request Call Back
Free Case Evaluation

Meet us in Hong Kong 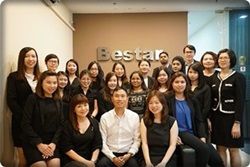 Roger Pay is the Managing Director of our company and an experienced company incorporation specialist. He will help you open your company in Hong Kong as fast as possible.

Call us now at +852 30022208 to set up an appointment with our company formation experts in Hong Kong. As our client, you will benefit from the joint expertise of local lawyers and consultants for opening an offshore company in Hong Kong.

- free and complete legal information featured on our site, at your disposal.

Set up subsidiary in Hong Kong